I’m always one to take every precaution against the eventuality of a coffeeless morning. In the backs of the kitchen cupboards will be found some supermarket bought coffee. Shocking, I know, but there are days when the Black Cab Coffee coffee (at home) runs out and buying coffee becomes an urgent need!

One such time, I’d been at that cheap German supermarket as it’s within reasonable walking distance from the house and picked up some ‘Colombian roast and ground coffee, 100% Arabica’. The purchase had left me with plenty of change from three pounds. Naturally, I had low expectations for how it might taste, but desperate times and all that!

When I got home I sleepily brewed up a large cafetiere, putting in plenty to compensate for a morning which had so far been decaffeinated. I can’t possibly have waited a full 3-4 minutes for it to brew (read our cafetiere brewing guide here) but when it came to drinking I was surprised. It tasted remarkably like, erm… for want of a better word, like coffee.

I’m not sure what I had been expecting, perhaps something like soil mixed with paracetamol, but it was rich, somewhat chocolatey. Overall quite pleasant, though certainly more bitter and less nuanced than I was used to on a regular morning. I wouldn’t trade it for my favourite Brick Lane Blend, but as a once-in-a-while emergency backup, I could live with it. A day or so later, when order was restored, I added a spoonful of the backup coffee to my regular morning cafetiere of The Brick Lane Blend, purely out of curiosity. For me it brought something pleasing to the mix, a bit of extra backbone, but my flatmates found it an unwelcome addition.

When curiosity leads to perversion…

Just a few days ago I was back in another German supermarket, a sister company to the first one I believe. I was walking down the coffee aisle and, although we weren’t out of coffee at home, I stopped to peruse the offerings. One in particular caught my eye: ‘House Blend, Roast & Ground Coffee, Strength No.3, Rich & Spicy Aroma, for all coffee makers’.  Nothing out of the ordinary there, it was the price which was shocking. At just a smidgen over one pound for 227g!

‘How low can you go?’, I thought. No sooner had I thought it than some inner perversion compelled me to find out. I picked it up. It felt like a normal packet of coffee, reassuringly heavier than sawdust, so I tossed it into my basket.

I didn’t race home to try it. In fact, it was a couple of days until I got round to opening it. I read the preparation instructions on the back for how to make a cafetiere. ‘Boil water and allow to stand for 5 seconds before pouring to avoid scalding the coffee’, I’m not sure how much scalding hot water cools in 5 seconds but I did as instructed for the sake of the poor coffee. After 4 minutes I filled a cup and gave it a sniff. There was something chemically about the aroma. It smelt faintly of instant coffee and strongly of cigar ash. There wasn’t a trace of anything pleasant about it. When I took a sip there was only one way it gave me the sensation that I was drinking coffee. Solely that I could make out some of the known gripes people have with coffee: acidic, sour, burnt. Described as rich & full-bodied on the side of the pack, this is nothing more than a euphemism for intensely disgusting. Add to this a positively dangerous tasting chemical flavour and you get some idea of this House Blend. It had me wondering what kind of a house that must be? Haunted house, Mad house, Dog house? Brick shithouse?

In answer to the question: ‘How low can you go?’ when buying coffee the answer is, categorically, not this low!

But for masochists, anyone who experiences a blended coffee like this will likely be giving coffee blends a wide berth. So what is it that makes a house blend such as that so unpleasant? The labelling doesn’t reveal much about what beans are used beyond the ludicrously upbeat and generic: ‘blend of the best coffee beans roasted to perfection’.  Given the price and the instant coffee aroma, it’s safe to presume that the blend is a mix of robusta beans, perhaps swept up from the factory floor!

The general principle of blending coffee is to balance the qualities of individual coffee bean types by combining them for a well-rounded taste and body. In the case of this house blend however, it was a perfect example of two (or more) wrongs don’t make a right! One can only imagine how bad the individual coffee bean varieties must taste. If this blending is supposed to be some form of enhancement and yet it brings about an end product so undrinkable.

It doesn’t have to be this way…

But what if we start blending coffee from beans which taste fantastic in their own right? Granted there is no need to blend them, they are wholly enjoyable as single origin coffee. But, those with a taste for pushing boundaries will appreciate how a coffee bean variety which excels in one area can be backed up in others where it’s less strong by a complementary bean—a bean which brings that quality to the party. It is in this sense corrective, but, as when mixing cocktails or perfume, it’s not only about fixing things. It gets exciting when a synergy of new and unique flavours come about from combining premium quality coffee beans of different roast levels in a variety ratios. It’s here at the boundary of science and art (in a coffee house, not a large ‘House Blend’ factory) where good taste is brought to blended coffee cups.

Why not browse our house blends? 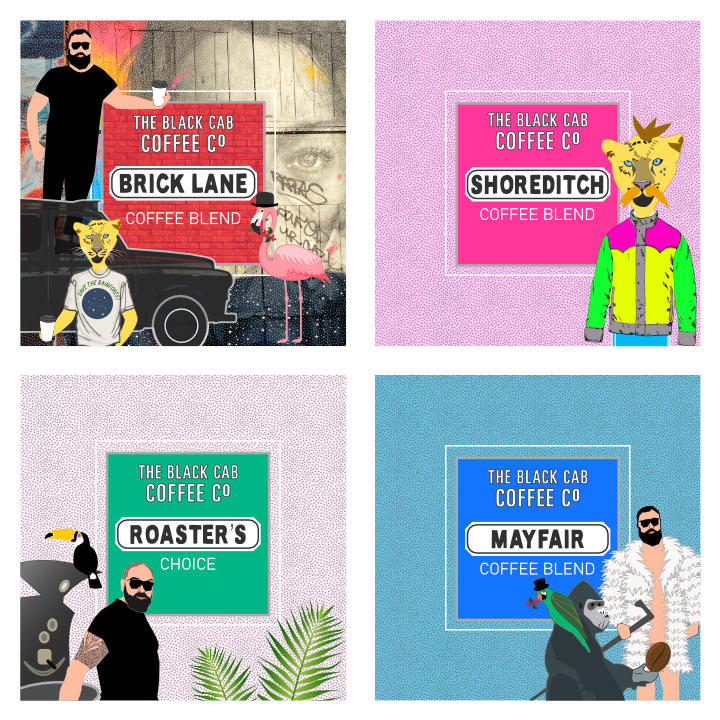